Agency land has certainly seen its share of drama in recent times. Underwhelming financial results, coupled with high profile personnel changes, could mean that there are yet more turbulent times to come.

Agencies who successfully navigate these uncharted waters will be those that have worked out what’s next for their pricing, compensation and profitability models, to deliver transparency and trust for their customers, as well as sustainable results for their shareholders.

After announcing their full-year results, recently departed WPP CEO Sir Martin Sorrell described  2017 as ‘not a pretty year’. Publicis Groupe similarly ended 2017 with revenue and operating margin slightly down on 2016, and the story was the same at Omnicom.

In fact, all of the big five agency groups seem to be struggling to turn out the sort of profit shareholders expect – potentially even leaving them vulnerable to merger or acquisition. 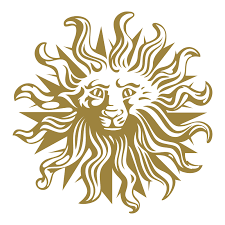 When some of the world’s biggest, most successful agency groups report flat like-for-like, top-line growth, and operating margins, with operating profits also flat, or up only marginally, you have to ask: what’s up in agency land?

The future of agency profits

Some of the issues damaging agency profitability are well understood – and not all that new. Digital disruption and intense competition – for example – have been industry challenges for years.

However, the long-awaited publication of the US Association of National Advertisers’ investigation into “non-transparent” practices at media agencies in 2016, ramped up the pressure on agencies to deliver value, at the same time as advertisers were cutting their spend.

Sir Martin Sorrell summed up the year for WPP, saying “The major factors influencing this performance were probably the long-term impact of technological disruption,” as well as “the short-term focus of zero-based budgeters, activist investors and private equity”.

Control of WPP has now passed on to Roberto Quarta – at least in the short term – which could signal further change afoot. But the challenges of digital disruption, slashed advertiser budgets, and intense competition – they’re not going anywhere.

Given the shifting landscape, it’s natural to question what comes next. How do agencies build from here, to deliver value for cash-strapped clients – and return strong shareholder profits? With even market-leading agencies under pressure to change, it could be time to take more radical steps to transform the industry.

With advertising budgets under pressure, and transparency a challenge, pricing is a natural place to start. WPP recently warned that the industry was in danger of “losing the plot”, as agencies risked a damaging price war. This death by a thousand cuts isn’t likely to bring long-term benefits to any of the agencies involved.

Instead of cutting prices, maybe a different approach is in order. Although it has not yet found favour with the industry big names, some forward-looking small and mid-sized agencies are now looking to a value-based pricing model to rebuild customer trust, and give them an edge.

Value-based pricing isn’t a new idea. For years, commentators have been citing performance based pricing as the next big thing – an imperative even, for agency growth. As far back as 2012, a CMO survey found that a majority of marketers were not satisfied with the processes in place to evaluate the effectiveness of their chosen agencies. One agency which has been offering value-based pricing models for some time is Duffy Agency – they describe their approach:

“It’s a buyer-centric pricing strategy where work is priced based on the value it delivers to the buyer as opposed to the seller’s time, costs, margins, or historical prices. In practice, it’s more than a pricing model. It’s an approach to business that aligns the financial interests of client and agency to reduce risk and yield a greater return on marketing investments.”

There’s no defined model to value-based pricing. It can mean different things to different agencies – but it inevitably means more ‘skin in the game’ for the agency, as profits become linked to customer results. Aligning agency and customer objectives is a smart way to rebuild trust in the industry after questions of
transparency raised their ugly head.

Performance based pricing can also be a great differentiator. Billing by the hour implies that agency work is a commodity. It suggests customers are comparing like with like, and can make an agency decision based on a direct price comparison, rather than looking at the quality and impact of the work being delivered. This undermines and undersells the work agencies do, and the benefits a great agency partnership can bring to any business.

Of course, it’s not all upsides. Value-based pricing hasn’t taken off for so far for good reasons – for many, a purist approach to value-based pricing is just a step too far. It can be complex, and while the profitability of a project might be theoretically uncapped, it’s also uncertain.

And from the client side there may also be objections – under value-based pricing clients are asked to freely hand over sales analysis and customer data, to calculate billing. The practical hurdles may simply be too high, even for those who agree with the aim of performance based pricing.

Because of these innate barriers, value-based pricing has in effect spawned a series of alternative pricing models. Hybrid models might include different project stages – a research stage in which payment is mandatory and agreed in advance, followed by a period of agreed retainer payments supplemented by performance incentives which reward results. Paying for both input and output brings balance and reassurance, as well as creating the opportunity for the customer and client to really align on the goals of the project.

Value-based pricing – and its various off-spring – has been on the table for years. As with any compensation system, there are pros and cons. But with agencies of all sizes feeling the pinch, this could be the time to re-open the debate about pricing models, and find ways to better meet the needs of customers, as well as the profit expectations of stakeholders.

Ask us how we can help your business.

WANT TO TAKE A LOOK?

GET IN TOUCH HERE...